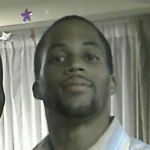 Why Is Aaron Armstrong Influential?

According to Wikipedia, Aaron Nigel Armstrong is a track and field sprint athlete who competes internationally for Trinidad and Tobago. He is the 2008 Olympic champion in 4 × 100 metres relay. Armstrong attended the University of Florida in Gainesville, Florida, where he ran for the Florida Gators track and field team in NCAA competition. One of his first international medalling performances came at the 2005 Central American and Caribbean Championships: he won the 200 metres silver medal behind Usain Bolt and helped the Trinidad and Tobago team to the gold medal in the 4 x 100 metres relay. He reached the quarter-finals of the 200 metres at the 2005 World Championships in Athletics and was sixth in the 2005 IAAF World Athletics Final.

Other Resources About Aaron Armstrong

What Schools Are Affiliated With Aaron Armstrong?

Aaron Armstrong is affiliated with the following schools: