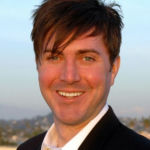 Why Is Aaron D. O'Connell Influential?

According to Wikipedia, Aaron Douglas O'Connell is an American experimental quantum physicist. While working under Andrew N. Cleland and John M. Martinis at the University of California, Santa Barbara, he created the world's first quantum machine. In particular, he was able to transfer the quantum state of a superconducting quantum bit, a device used in quantum computation, to the motional state of a macroscopic mechanical resonator. His measurements of the quantum machine constitute the first direct observations of quantized behavior in the motion of a visible object and led the journal Science to honor his work as the "Breakthrough of the Year" of 2010.

Other Resources About Aaron D. O'Connell

What Schools Are Affiliated With Aaron D. O'Connell?

Aaron D. O'Connell is affiliated with the following schools: