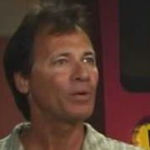 Why Is Aaron Fechter Influential?

According to Wikipedia, Aaron Fechter is an American engineering entrepreneur, voice actor, singer and musician who owns and operates Creative Engineering, Inc. . He is best known as the creator of , an animatronic show featuring a variety of characters created for Showbiz Pizza Place restaurants throughout the 1980s. A dispute with Showbiz along with the chain's dwindling revenue led to the show's decline and eventual removal. CEI developed other products and concepts since its founding, but they failed to gain commercial interest. Fechter also claims to have been instrumental in the early development of the Whac-A-Mole arcade game from Bandai, which became popular in the late 1970s, but his involvement has been disputed.

Other Resources About Aaron Fechter

What Schools Are Affiliated With Aaron Fechter?

Aaron Fechter is affiliated with the following schools: