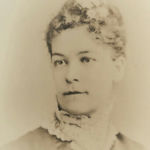 Why Is Abby Leach Influential?

According to Wikipedia, Abby Leach was a Professor of Greek and Latin at Vassar College in Poughkeepsie, New York from 1883 until her death. She was one of the first female students at Harvard University, enrolling in a "Plan for Private Collegiate Instruction of Women" upon its establishment in 1879 at her behest. The "Plan" led to the later establishment of Radcliffe College. Because Harvard at that time did not grant degrees to women, Vassar College granted her bachelor's and master's degrees after they appointed her to the Vassar faculty.

Other Resources About Abby Leach

What Schools Are Affiliated With Abby Leach?

Abby Leach is affiliated with the following schools: