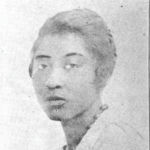 Why Is A. C. Bilbrew Influential?

According to Wikipedia, A. C. Harris Bilbrew was an American poet, musician, composer, playwright, clubwoman, and radio personality known as Madame A. C. Bilbrew. She lived in South Los Angeles. In 1923, she became the first black soloist to sing on a Los Angeles radio program. She also hosted the city's first African-American radio music program, The Gold Hour, in the early 1940s. The A. C. Bilbrew branch of the LA County Library in Willowbrook was named in her honor.

Other Resources About A. C. Bilbrew

What Schools Are Affiliated With A. C. Bilbrew?

A. C. Bilbrew is affiliated with the following schools: