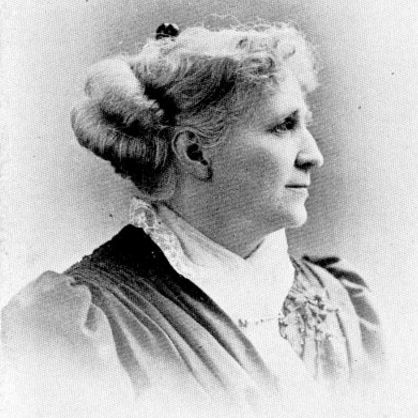 Ada Howard was the first president of Wellesley College.After post-graduate study under private teachers she adopted the profession of a teacher. She was at Mount Holyoke seminary, 1858-61; at the Western, Oxford, Ohio, 1861-62, and was principal of the woman's department, Knox college, Illinois, 1866-69. In 1870-75, she leased Ivy Hall, a private school in Bridgeton, N.J. In 1875 she was elected the first president of Wellesley college, Mass., the selection being made by Henry Fowle Durant, the founder of the college. This promotion made Howard the first woman president of a college in the world. Here she worked in full harmony with Mr. and Mrs. Durant and her labors in furthering the plans of the founders were unremitting up to the time of the death of Mr. Durant in 1881. In that year, her failure in health demanded immediate and complete rest and the trustees gave her leave of absence, but finding herself unable to resume her duties, she resigned in 1882. In appreciation of her work at Wellesley, the alumnae, in 1890, placed in the art gallery a life-size portrait of their first president, and a scholarship was established in her honor, known as the Ada L. Howard scholarship, Her subsequent life was passed in rest and travel, as her continued ill-health called for frequent change of climate. She was obliged to restrict her literary work to occasional articles for leading magazines. She received from Mount Holyoke college the honorary degree of Litt.D. in 1900.