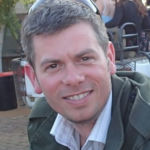 Why Is Adam Hart Influential?

Adam Hart is a Professor of Science Communication in the School of Natural and Social Sciences at the University of Gloucestershire. He is also an author, broadcaster, and scientist for the BBC. He earned a B.A. in zoology at University of Cambridge’s Churchill College and a Ph.D. from the University of Sheffield. He is a well known scientist specializing in entomology.

Among his projects have been large-scale public science projects such as “Spider in da House”, the “Big Wasp Survey” and the “Starling Murmuration”. These research projects, supported by the Royal Society of Biology, have been widely referenced and used as the basis for other research.

As an expert in zoology, he is a frequently sourced commentator, weighing in on everything from trophy hunting, tree diseases, ladybird invasions, banana disease and conservation issues. As such he is a fellow of both the Royal Entomological Society and the Royal Society of Biology.

Hart has devoted his career not only to the research of science, but the sharing of what he has learned. He has presented a number of documentaries such as Life on Planet Ant and on topics as diverse as de-extinction and swarm robotics.

His work has been recognized with awards such as the Student Union Outstanding Lecturer Award and the Green Gowns Award for Research with Impact. He continues to support ethical conservation through this patronage of Bees Abroad.

Other Resources About Adam Hart

What Schools Are Affiliated With Adam Hart?

Adam Hart is affiliated with the following schools: