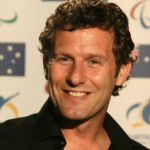 Why Is Adam Hills Influential?

According to Wikipedia, Adam Christopher Hills is an Australian comedian and radio and television presenter. In Australia, he hosted the music quiz show Spicks and Specks from 2005 to 2011, and again in 2021, and the talk show Adam Hills Tonight from 2011 to 2013. In the United Kingdom, he has hosted the talk show The Last Leg since 2012. He has been nominated for an Edinburgh Comedy Award, the Gold Logie Award and numerous BAFTA TV Awards.

Other Resources About Adam Hills

What Schools Are Affiliated With Adam Hills?

Adam Hills is affiliated with the following schools: