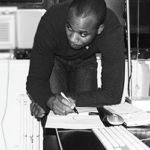 Why Is Ade A. Olufeko Influential?

According to Wikipedia, Ade Abayomi Olufeko , is an American-born designer, technologist, and entrepreneur primarily active in West Africa. His international work in humanities has been leveraged by Consortiums, NGOs, and noteworthy personalities. He is the founder of Visual Collaborative, an American festival, and publishing platform that partners with artists, scientists, lawyers and innovators on socio-economics. In 2003, he became a recipient of the IBM Gerstner Award for exceptional service during a malware epidemic.

Other Resources About Ade A. Olufeko

What Schools Are Affiliated With Ade A. Olufeko?

Ade A. Olufeko is affiliated with the following schools: