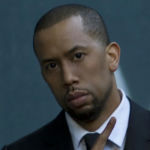 Why Is Affion Crockett Influential?

According to Wikipedia, Affion Crockett is an American actor and comedian. Early life Crockett was raised in Germany and Fayetteville, North Carolina. Career Crockett appeared in HBO's Def Comedy Jam in 1996, demonstrating his impressions and physical comedy. He was a cast member of the game show Wild 'n Out, starring Nick Cannon. He has appeared on Curb Your Enthusiasm, Blackish, co-starred in the films A Haunted House 1 & 2 with Marlon Wayans, Welcome Home Roscoe Jenkins with Martin Lawrence, Soul Men with Samuel L. Jackson and Bernie Mac, The Wedding Ringer with Kevin Hart and Josh Gad, and Pixels with Adam Sandler. In 2016, Affion was a contestant playing for charity, on Season 3, episode 18 of the game show idiotest

Other Resources About Affion Crockett

What Schools Are Affiliated With Affion Crockett?

Affion Crockett is affiliated with the following schools: