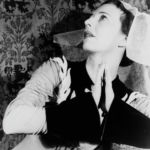 Why Is Agnes de Mille Influential?

According to Wikipedia, Agnes George de Mille was an American dancer and choreographer. Early years Agnes de Mille was born in New York City into a well-connected family of theater professionals. Her father William C. deMille and her uncle Cecil B. DeMille were both Hollywood directors. Her mother, Anna Angela George, was the daughter of Henry George, the economist. On her father's side, Agnes was the granddaughter of playwrights Henry Churchill de Mille and Matilda Beatrice deMille. Her paternal grandmother was Jewish.

Other Resources About Agnes de Mille

What Schools Are Affiliated With Agnes de Mille?

Agnes de Mille is affiliated with the following schools: