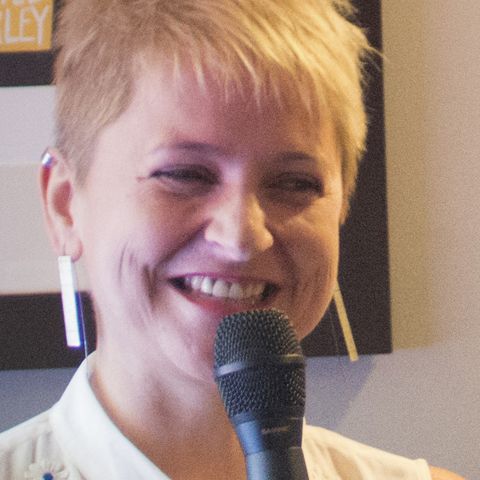 Ágnes Mócsy is a Professor of Physics at the Pratt Institute who works on theoretical nuclear physics. She is also a filmmaker, science communicator and a Fellow of the American Physical Society.Education and early career Mócsy grew up in the Transylvania region of Romania, where she was a part of the Hungarian minority in the region. She completed her bachelor's degree at Babeș-Bolyai University in 1989. She went on to earn a master's degree physics at the University of Bergen. She then moved to the University of Minnesota, culminating in a PhD in Physics. Her thesis focused on the phase diagram of quantum chromodynamics. In particular, she studied quarkonia.