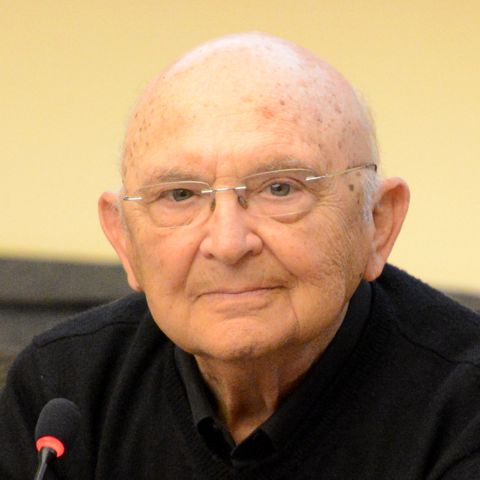 Aharon Appelfeld was an Israeli novelist and Holocaust survivor.Biography Ervin Appelfeld was born in Jadova Commune, Storojineț County, in the Bukovina region of the Kingdom of Romania, now Ukraine. In an interview with the literary scholar, Nili Gold, in 2011, he remembered his home town in this district, Czernowitz, as "a very beautiful" place, full of schools and with two Latin gymnasiums, where fifty to sixty percent of the population was Jewish. In 1941, when he was nine years old, the Romanian Army retook his hometown after a year of Soviet occupation and his mother was murdered. Appelfeld was deported with his father to a forced labor camp in Romanian-controlled Transnistria. He escaped and hid for three years before joining the Soviet army as a cook. After World War II, Appelfeld spent several months in a displaced persons camp in Italy before immigrating to Palestine in 1946, two years before Israel's independence. He was reunited with his father after finding his name on a Jewish Agency list in 1960. The father had been sent to a ma'abara in Be'er Tuvia. The reunion was so emotional that Appelfeld has never been able to write about it.

Ben-Gurion University of the Negev