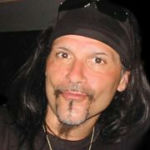 Why Is Al Jourgensen Influential?

According to Wikipedia, Alain David Jourgensen is a Cuban-American singer, musician and music producer. Closely related with the independent record label Wax Trax! Records, Jourgensen has an active musical career that spans four decades, and is best known as the frontman and lyricist of the industrial metal band Ministry, which he founded in 1981 and of which he remains the only constant member. He was also primary musician of several Ministry-related projects, such as Revolting Cocks, Lard, and Buck Satan and the 666 Shooters. He has also produced and/or recorded with numerous other artists, including The Reverend Horton Heat, Prong, Skinny Puppy, Front Line Assembly, The Blackouts, Alan Vega, Iggy Pop, Adrian Sherwood, Jello Biafra and others. Jourgensen is regarded as one of the most prominent figures of industrial music, influencing numerous other groups and musicians, both in alternative and industrial-associated acts.

Other Resources About Al Jourgensen

What Schools Are Affiliated With Al Jourgensen?

Al Jourgensen is affiliated with the following schools: