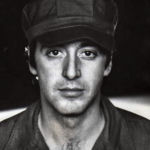 Why Is Al Pacino Influential?

According to Wikipedia, Alfredo James Pacino is an American actor. Considered one of the most influential actors of the 20th century, he has received numerous accolades: including an Academy Award, two Tony Awards, and two Primetime Emmy Awards, making him one of the few performers to have achieved the Triple Crown of Acting. He has also been honored with the AFI Life Achievement Award, the Cecil B. DeMille Award, and the National Medal of Arts.

Other Resources About Al Pacino

What Schools Are Affiliated With Al Pacino?

Al Pacino is affiliated with the following schools: