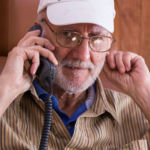 Why Is Alan Gross Influential?

According to Wikipedia, Alan Phillip Gross is a United States government contractor employed by the United States Agency for International Development . In December 2009 he was arrested in Cuba while working on a program funded under the 1996 Helms–Burton Act, which explicitly called for overthrow of Castro's government. He was prosecuted in 2011 after being accused of crimes against the Cuban state for furtively bringing military-grade communication equipment designed to evade detection to members of Cuba's Jewish community. After being accused of working for American intelligence services in January 2010, he was convicted of spying and for "acts against the independence or the territorial integrity of the state" in March 2011. US sources widely rejected the idea that Gross was a spy, though some noted the "covert" nature of Gross's work. Gross noted in his field reports his awareness of the risks he was taking in his mission. He was released from Cuban prison on December 17, 2014 and returned to the US in exchange for the release and return of three Cubans convicted of espionage.

Other Resources About Alan Gross

What Schools Are Affiliated With Alan Gross?

Alan Gross is affiliated with the following schools: