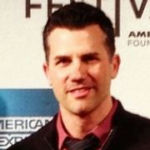 Why Is Alan Hahn Influential?

According to Wikipedia, Alan William Hahn is a sports talk radio host on ESPN Radio and a studio analyst on the MSG Network. Early life and education Hahn is a Long Island native born in Smithtown, New York. He learned how to read as a child by sounding out headlines in his hometown newspaper, Newsday. Hahn attended St. Anthony's High School in South Huntington, New York, where he played varsity basketball in the Catholic High School Athletic Association.

Other Resources About Alan Hahn

What Schools Are Affiliated With Alan Hahn?

Alan Hahn is affiliated with the following schools: