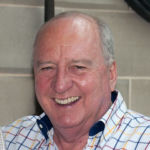 Why Is Alan Jones Influential?

According to Wikipedia, Alan Belford Jones AO is an Australian right-wing commentator and former radio broadcaster. He is a former coach of the Australia national rugby union team and rugby league coach and administrator. He has worked as a school teacher, a speech writer in the office of the Prime Minister Malcolm Fraser, and in musical theatre. He has a Bachelor of Arts from the University of Queensland, and completed a one-year teaching diploma at Worcester College, Oxford. He has received civil and industry awards.

Other Resources About Alan Jones

What Schools Are Affiliated With Alan Jones ?

Alan Jones is affiliated with the following schools: