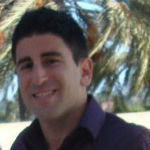 According to Wikipedia, Alecko Eskandarian is an American retired soccer player. He is a former assistant coach for New York Cosmos and head coach for their reserve team, New York Cosmos B. Career High School and College While at Bergen Catholic High School, Eskandarian won the 1999-00 Gatorade National High School Athlete of the Year Award. He was also named a NSCAA/Adidas All-American and New Jersey State Player of the Year after leading the state of New Jersey in scoring with 66 goals and 15 assists through 25 games during his senior year. He finished his high school career with 154 career goals, the most in Bergen County history and the third most in New Jersey high school history.