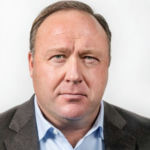 Why Is Alex Jones Influential?

According to Wikipedia, Alexander Emerick Jones is an American far-right radio show host and prominent conspiracy theorist. He hosts The Alex Jones Show from Austin, Texas, which the Genesis Communications Network syndicates across the United States and online. Jones's website, InfoWars, promotes conspiracy theories and fake news, as do his other websites NewsWars and PrisonPlanet. Jones has provided a platform and support for white nationalists, giving Unite the Right attendee and white supremacist Nick Fuentes a platform on his website Banned.Video, as well as serving as an "entry point" to their ideology.

Other Resources About Alex Jones