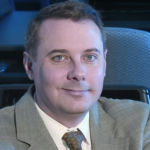 Chief Information Officer of the State of Oregon

Why Is Alex Pettit Influential?

According to Wikipedia, Alex Pettit is an American public administration official who is currently Chief Technology Officer for the State of Colorado Governor's Office of Information Technology. Pettit was formerly the chief information officer for the State of Oregon. As State CIO, Pettit worked in the Department of Administrative Services and was responsible for all information and telecommunication systems for all state agencies. In March 2014, Pettit was appointed interim CIO for Cover Oregon, the agency responsible for the implementation of the Health Care Exchange in compliance of the Affordable Care Act. Previously, Pettit was the first CIO for the State of Oklahoma, serving from April 2010 until January 2014.

Other Resources About Alex Pettit

What Schools Are Affiliated With Alex Pettit?

Alex Pettit is affiliated with the following schools: