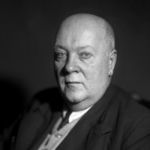 Why Is Alexander Fersman Influential?

According to Wikipedia, Alexander Evgenʹevich Fersman was a prominent Soviet Russian geochemist and mineralogist, and a member of the Soviet Academy of Sciences . Early life and education Fersman was born in St. Petersburg on 8 November 1883, to Evgeny Aleksandrovich Fersman, an architect and soldier, and Maria Eduardovna Kessler, a painter and pianist. He began exploring the countryside for minerals and collecting crystals while a young boy at his family's summer estate in Crimea. After graduating with honors from Odessa Classical Gymnasium in 1901, he attended the Mining Academy at Novorossisk, where he found the mineralogy courses so dull he attempted to switch his studies to Art History. Family friends persuaded him to take chemistry courses instead.

Other Resources About Alexander Fersman