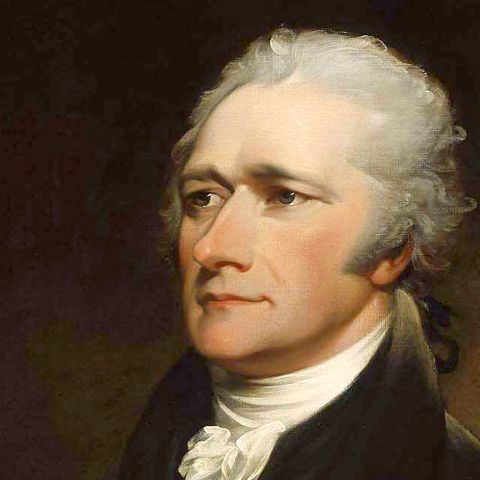 Alexander Hamilton was a Caribbean-born American statesman, politician, legal scholar, military commander, lawyer, banker, and economist. He was one of the Founding Fathers of the United States. He was an influential interpreter and promoter of the U.S. Constitution, as well as the founder of the nation's financial system, the Federalist Party, the United States Coast Guard, and the New York Post newspaper. As the first secretary of the treasury, Hamilton was the main author of the economic policies of President George Washington's administration. He took the lead in the federal government's funding of the states' debts, as well as establishing the nation's first two de facto central banks , a system of tariffs, and friendly trade relations with Britain. His vision included a strong central government led by a vigorous executive branch, a strong commercial economy, support for manufacturing, and a strong military.