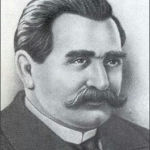 Why Is Alexander Lodygin Influential?

Alexander Lodygin was born on October 18, 1947, in a village in the Russian Empire. He attended the Tambov Cadet School and the Moscow infantry School before beginning courses at Saint Petersburg State Institute of Technology. It was during this time that he began work on an electrical light that would lead to his creation of an electric filament lamp.

Lodygin filed for a patent for his filament lamp in Russia, Austria, Britain, France, and Belgium in 1873. While Lodygin invented the lightbulb before Thomas Edison , the filament that Lodygin used (tungsten) was not profitable at the time, though it is in wide use today.

Lodygin’s filament lamp earned him the prestigious Lomonosov Prize in 1874, and he went on to found an electric company: Electric Lighting Company, A.N. Lodygin and Co.

Due to his socialist leanings, Lodygin was forced to immigrate to the United States where he met and married Alma Schmidt.

In addition to his incandescent lightbulb, Lodygin worked on many inventions including smelting furnaces and electrical ovens.

Lodygin received the honorary title of electrical engineer and was allowed to return to Russia in 1907 where he spent his time teaching at the Petersburg Institute of Electrical Engineering.

Lodygin returned to the US in 1917 as the political situation in Russia deteriorated. He died in 1923.

According to Wikipedia, Alexander Nikolayevich Lodygin, known after immigration to US as Alexandre de Lodyguine was a Russian electrical engineer and inventor, one of the inventors of the incandescent light bulb. Alexander Nikolayevich Lodygin was born in Stenshino village, Tambov Governorate, Russian Empire. His parents were of a very old and noble family , but of very moderate means. He studied at the Tambov Cadet School . Then he served in the 71st Belev regiment, and in 1866–1868 studied at the Moscow Infantry School. Soon after graduation from his military school he retired from the military and worked as a worker at the Tula weapons factory.

Other Resources About Alexander Lodygin

What Schools Are Affiliated With Alexander Lodygin?

Alexander Lodygin is affiliated with the following schools: