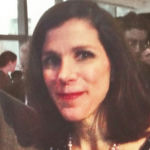 Why Is Alexandra Pelosi Influential?

According to Wikipedia, Alexandra Corinne Pelosi is an American journalist, documentary filmmaker, and writer. She is a daughter of Nancy Pelosi, the Speaker of the United States House of Representatives, and Paul Pelosi. Early life and education Pelosi was born and raised in San Francisco, California. The youngest of five children, she earned a B.A. from Loyola Marymount University. In 1993, she received a master's degree from the USC Annenberg School for Communication and Journalism.

Other Resources About Alexandra Pelosi

What Schools Are Affiliated With Alexandra Pelosi?

Alexandra Pelosi is affiliated with the following schools: