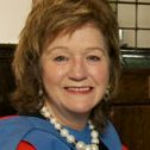 Why Is Alexis Jay Influential?

According to Wikipedia, Alexandrina Henderson Farmer Jay, OBE is a British academic. She is visiting professor at the University of Strathclyde and the independent chair of the Centre for Excellence for Children's Care and Protection .

Other Resources About Alexis Jay

What Schools Are Affiliated With Alexis Jay?

Alexis Jay is affiliated with the following schools: