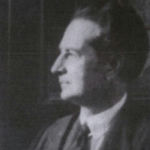 Why Is Alfred Radcliffe-Brown Influential?

According to Wikipedia, Alfred Reginald Radcliffe-Brown, FBA was an English social anthropologist who developed the theory of structural functionalism and coadaptation. Biography Alfred Reginald Radcliffe-Brown was born Alfred Reginald Brown in Sparkbrook, Birmingham, England, the second son of Alfred Brown , a manufacturer's clerk, and his wife Hannah . He later changed his last name, by deed poll, to Radcliffe-Brown, Radcliffe being his mother's maiden name. He was educated at King Edward's School, Birmingham, and Trinity College, Cambridge , graduating with first-class honours in the moral sciences tripos. While still a student, he earned the nickname "Anarchy Brown" for his close interest in the writings of the anarcho-communist and scientist Peter Kropotkin."Like other young men with blood in their veins, I wanted to do something to reform the world – to get rid of poverty and war, and so on. So I read Godwin, Proudhon, Marx and innumerable others. Kropotkin, revolutionary, but still a scientist, pointed out how important for any attempt to improve society was a scientific understanding of it."He studied psychology under W. H. R. Rivers who, with A. C. Haddon, led him toward social anthropology. Under the latter's influence, he travelled to the Andaman Islands and Western Australia to conduct fieldwork into the workings of the societies there.

Other Resources About Alfred Radcliffe-Brown

What Schools Are Affiliated With Alfred Radcliffe-Brown?

Alfred Radcliffe-Brown is affiliated with the following schools: