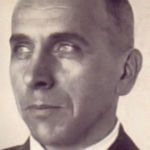 Why Is Alfred Wegener Influential?

According to Wikipedia, Alfred Lothar Wegener was a German climatologist, geologist, geophysicist, meteorologist, and polar researcher. During his lifetime he was primarily known for his achievements in meteorology and as a pioneer of polar research, but today he is most remembered as the originator of continental drift hypothesis by suggesting in 1912 that the continents are slowly drifting around the Earth . His hypothesis was controversial and widely rejected by mainstream geology until the 1950s, when numerous discoveries such as palaeomagnetism provided strong support for continental drift, and thereby a substantial basis for today's model of plate tectonics. Wegener was involved in several expeditions to Greenland to study polar air circulation before the existence of the jet stream was accepted. Expedition participants made many meteorological observations and were the first to overwinter on the inland Greenland ice sheet and the first to bore ice cores on a moving Arctic glacier.

Other Resources About Alfred Wegener

What Schools Are Affiliated With Alfred Wegener?

Alfred Wegener is affiliated with the following schools: