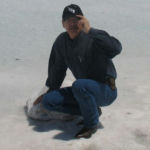 Why Is Alfred Young Man Influential?

Alfred Young Man, Ph.D. or Kiyugimah (Eagle Chief) (born 1948) is a Cree artist, writer, educator, and an enrolled member of the Chippewa-Cree tribev located on the Rocky Boy Indian Reservation, Montana. He is a former Department Head (2007–2010) of Indian Fine Arts at the First in Regina, Saskatchewan and former Chair (1999–2007) of Native American Studies, , Lethbridge, Alberta, Canada. He is Professor Emeritus at the and University of Regina.

Young Man attended the Institute of American Indian Arts in Santa Fe, New Mexico (1963–1968) where the German painter Fritz Scholder was his painting teacher for two years (1966–68). The IAIA Museum of Contemporary Native Arts retains a considerable number of Young Man’s paintings in its collection from the five years he spent there. Young Man went on to study painting, film history and photography at the Slade School of Fine Arts, University College London for four years (1968–72). Young Man earned his M.A. at the University of Montana (1972–74), where George Longfish (Seneca-Tuscarora) was his teacher and mentor in the Graduate Program in American Indian Art. He graduated with his Doctor of Philosophy degree (Ph.D.) in anthropology from Rutgers University–New Brunswick in 1997, where he studied anthropology as a student of William Powers.

Young Man has been an art teacher since the early 1970s, beginning on his home reservation at the Rocky Boy Elementary School (1973–1974), after which he moved to the K.W. Bergan Elementary School in Browning, Montana, on the Blackfeet Indian reservation for a short time. He continued to the in Kalispell, Montana (1975–1977), where he helped found the Total Community Education television training program. When that program ended, he moved on to the University of Lethbridge in 1977, where he eventually became chair of Native American studies (1999–2010). He taught in the Faculty Exchange Program at the University of Lethbridge/Leeds University Leeds, UK, in 1985 and the Faculty Exchange Program University of Lethbridge/Hokkai Gakuen University Sapporo, Hokkaido, Japan, in 1992. He remained tenured at the U of L up until 2007 when he chose early retirement and began work as department head of Indian Fine Art at the First Nations University of Canada in Regina, Saskatchewan. In addition to his teaching activities at the First Nations University, Young Man also worked as archival curator and custodian of the school’s 1500-piece art collection. In August 2010 his employment at FNUC was terminated along with approximately 52 other professors and support staff, due to financial exigency budget cuts. He was appointed in 2015 Adjunct Professor to the Art Department, University of Calgary. Most recently in terms of his lifetime, Young Man did an artist/writer’s residency at the Lab 26 Tejiendo Identitdad Entre Las Culturas Originarias de America, Galeria de Arte Contemporaneo Paul Bardwell, Centro Colombo Americano de Medellin, Medellin, Colombia in 2011. He has spoken at numerous conferences and other venues held on every continent on the planet throughout his long professional career.

According to Wikipedia, Alfred Young Man, Ph.D. or Kiyugimah is a Cree artist, writer, educator, and an enrolled member of the Chippewa-Cree tribe located on the Rocky Boy Indian Reservation, Montana, US. His Montana birth certificate lists him as being 13/16th Cree by blood-quantum, his full sister, Shirley, is listed as 16/16ths. He is a former Department Head of Indian Fine Arts at the First Nations University of Canada in Regina, Saskatchewan and former Chair of Native American Studies, University of Lethbridge, Lethbridge, Alberta, Canada. He is Professor Emeritus at the University of Lethbridge and University of Regina.

Other Resources About Alfred Young Man

What Schools Are Affiliated With Alfred Young Man?

Alfred Young Man is affiliated with the following schools: