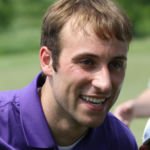 Why Is Ali Farokhmanesh Influential?

According to Wikipedia, Ali Fredrick Farokhmanesh is an American former professional basketball player and current Colorado State Rams men's basketball assistant coach. Farokhmanesh gained nationwide fame in the 2010 NCAA Men's Division I Basketball Tournament as a member of the Northern Iowa Panthers men's basketball team, when he hit a crucial 3-point shot that helped UNI upset top overall seed Kansas in the second round. His heroics, which came two days after hitting the game-winning three-point shot against UNLV in the first round of the tournament, led to an appearance on the cover of Sports Illustrated.

Other Resources About Ali Farokhmanesh

What Schools Are Affiliated With Ali Farokhmanesh?

Ali Farokhmanesh is affiliated with the following schools: