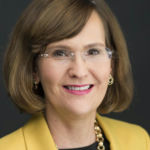 Why Is Allison Garrett Influential?

According to Wikipedia, Allison Dabbs Garrett is an American educator and the chancellor of Oklahoma State System of Higher Education. She previously served as the 17th president of Emporia State University from January 2016 to October 2021, and prior to her time at Emporia State, Garrett served as Abilene Christian University's executive vice president, a position she held from August 20, 2012 to December 23, 2015. Garrett has held several vice president positions in both education and corporate jobs.

Other Resources About Allison Garrett

What Schools Are Affiliated With Allison Garrett?

Allison Garrett is affiliated with the following schools: