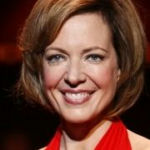 Why Is Allison Janney Influential?

According to Wikipedia, Allison Brooks Janney is an American actress. In a career spanning three decades, she is known for her performances across multiple genres of screen and stage. Janney has received various accolades, including an Academy Award, a British Academy Film Award, a Golden Globe Award, and seven Primetime Emmy Awards, in addition to nominations for two Tony Awards.

Other Resources About Allison Janney

What Schools Are Affiliated With Allison Janney?

Allison Janney is affiliated with the following schools: