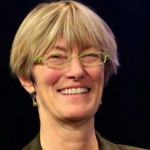 Why Is Allison Stanger Influential?

According to Wikipedia, Allison Katherine Stanger is an American political scientist and the Russell J. Leng '60 Professor of International Politics and Economics at Middlebury College, Vermont and the founding director of Middlebury's Rohatyn Center for International Affairs. Stanger has been a member of the Council on Foreign Relations since 2004, and between 2009 and 2011 she worked as a part-time consultant to the United States Secretary of State's Policy Planning Staff.

Other Resources About Allison Stanger

What Schools Are Affiliated With Allison Stanger?

Allison Stanger is affiliated with the following schools: