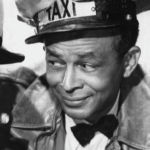 Why Is Alvin Childress Influential?

According to Wikipedia, Alvin Childress was an American actor, who is best known for playing the cabdriver Amos Jones in the 1950s television comedy series Amos 'n' Andy. Biography Alvin Childress was born in Meridian, Mississippi. He was educated at Rust College, from which he received a Bachelor of Arts degree in Sociology. When he initially entered college, Childress intended to become a doctor, enrolling in typical pre-med courses. He had no thoughts of becoming involved in acting, but became involved in theater outside of classes.

Other Resources About Alvin Childress

What Schools Are Affiliated With Alvin Childress?

Alvin Childress is affiliated with the following schools: