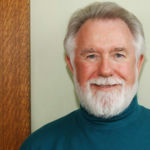 American filmmaker and co-founder of Pixar

Why Is Alvy Ray Smith Influential?

According to Wikipedia, Alvy Ray Smith III is an American computer scientist who co-founded Lucasfilm's Computer Division and Pixar, participating in the 1980s and 1990s expansion of computer animation into feature film. Education In 1965, Alvy Smith received his bachelor's degree in electrical engineering from New Mexico State University . He created his first computer graphic in 1965 at NMSU. In 1970, he received a Ph.D. in computer science from Stanford University, with a dissertation on cellular automata theory jointly supervised by Michael A. Arbib, Edward J. McCluskey, and Bernard Widrow.

Other Resources About Alvy Ray Smith

What Schools Are Affiliated With Alvy Ray Smith?

Alvy Ray Smith is affiliated with the following schools: