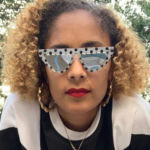 Why Is Amanda Seales Influential?

According to Wikipedia, Amanda Ingrid Seales , formerly known by the stage name Amanda Diva, is an American comedian and actress. Since 2017, she has starred in the HBO comedy series Insecure. In 2019, HBO released her first stand-up comedy special I Be Knowin. Then, in 2020, Seales launched Smart Funny & Black, a comedy gameshow that showcases Black culture, history, and experience. Seales was also one of the co-hosts of the syndicated daytime talk show, The Real, alongside Loni Love, Tamera Mowry, Adrienne Bailon, and Jeannie Mai.

Other Resources About Amanda Seales

What Schools Are Affiliated With Amanda Seales?

Amanda Seales is affiliated with the following schools: