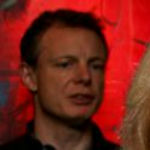 Why Is Amanda Urban Influential?

According to Wikipedia, Amanda "Binky" Urban is an American literary agent and partner at ICM Partners. Urban started at ICM as a literary agent, worked as Co-Director of the ICM Literary Department in New York, and had been Managing Director of ICM Books in London from 2002 to 2008. Before ICM, she was General Manager of New York Magazine and The Village Voice, and Editorial Manager of Esquire Magazine.

Other Resources About Amanda Urban

What Schools Are Affiliated With Amanda Urban?

Amanda Urban is affiliated with the following schools: