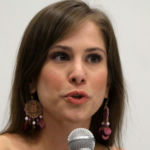 Why Is Ana Kasparian Influential?

According to Wikipedia, Anahit Misak Kasparian is an American progressive political commentator, media host, university instructor, and journalist. She is the main host and a producer of the online news show The Young Turks, having begun working as a fill-in producer for the show in 2007. She also appeared on the television version of the show that aired on Current TV. She formerly hosted The Point on the TYT Network and currently co-hosts a Jacobin YouTube show, Weekends with Ana Kasparian and Nando Vila.

Other Resources About Ana Kasparian

What Schools Are Affiliated With Ana Kasparian?

Ana Kasparian is affiliated with the following schools: