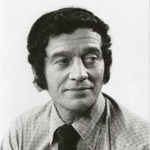 Why Is Anatole Broyard Influential?

According to Wikipedia, Anatole Paul Broyard was an American writer, literary critic, and editor who wrote for The New York Times. In addition to his many reviews and columns, he published short stories, essays, and two books during his lifetime. His autobiographical works, Intoxicated by My Illness and Kafka Was the Rage: A Greenwich Village Memoir , were published after his death.

Other Resources About Anatole Broyard