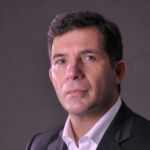 Why Is André Choulika Influential?

According to Wikipedia, André Choulika is a biotechnologist, the inventor of nuclease-based genome editing and a pioneer in the analysis and use of meganucleases to modify complex genomes. Early life and education André Choulika was born in Beirut, Lebanon, in 1965, to a Russian father and Lebanese mother. He left Lebanon in 1982, arriving in France via Nicosia, Cyprus.

Other Resources About André Choulika

What Schools Are Affiliated With André Choulika?

André Choulika is affiliated with the following schools: