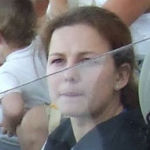 Why Is Andrea Blackett Influential?

According to Wikipedia, Andrea Melissa Blackett is a Barbadian athlete who specializes in the 400 metres hurdles. She is also a women's track assistant coach at her alma mater, Rice University. Her greatest achievement in athletics is the gold medal she won in the 400 metres hurdles at the 1998 Commonwealth Games in Kuala Lumpur in a games record time. Blackett was awarded the Barbados Service Star and the 1998 National Sports Personality of the Year award for Barbados for this achievement.

Other Resources About Andrea Blackett

What Schools Are Affiliated With Andrea Blackett?

Andrea Blackett is affiliated with the following schools: