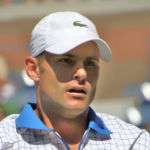 Why Is Andy Roddick Influential?

According to Wikipedia, Andrew Stephen Roddick is an American former world No. 1 tennis player. He is a major champion, having won the 2003 US Open. Roddick reached four other major finals , losing to rival Roger Federer each time. Roddick was ranked in the year-end top 10 for nine consecutive years and won five Masters titles in that period. He was also a crucial player in the U.S. Davis Cup team's successful run to the title in 2007. As of , he is the most recent North American man to win a singles major , the most recent to hold the world No. 1 ranking, and the most recent to claim the year-end world No. 1 ranking . Roddick retired from professional tennis following the 2012 US Open to focus on his work at the Andy Roddick Foundation. In retirement, Roddick played for the Austin Aces in World Team Tennis in 2015. He was also the 2015 and 2017 champion of the QQQ Champions Series. In 2017, Roddick was inducted into the International Tennis Hall of Fame. He is married to Brooklyn Decker, a swimwear model and actress.

Other Resources About Andy Roddick

What Schools Are Affiliated With Andy Roddick?

Andy Roddick is affiliated with the following schools: