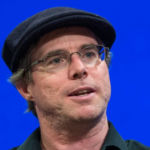 Why Is Andy Weir Influential?

According to Wikipedia, Andrew Taylor Weir is an American novelist and former computer programmer. His 2011 novel The Martian was adapted into the 2015 film of the same name directed by Ridley Scott. He received the John W. Campbell Award for Best New Writer in 2016 and his novel Project Hail Mary is a finalist for the 2022 Hugo Award for Best Novel.

Other Resources About Andy Weir

What Schools Are Affiliated With Andy Weir?

Andy Weir is affiliated with the following schools:

What Are Andy Weir's Academic Contributions?

Andy Weir has made the following academic contributions: