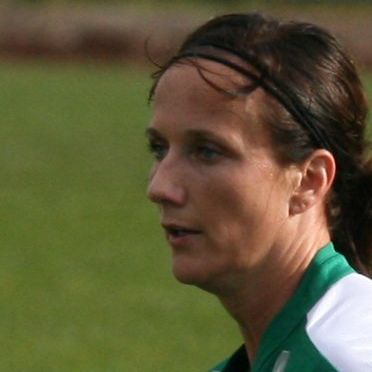 Ane Stangeland Horpestad is a Norwegian former footballer who captained the Norway women's national football team. A cultured central defender, she represented Klepp and Kolbotn of the top Norwegian league, the Toppserien. She is from the seaside village of Orre in South-West Norway and lives in the town of Sandnes near Stavanger. Before joining Klepp at the age of 16 she played football only on boys' teams.