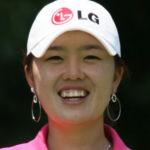 Why Is Angela Park Influential?

According to Wikipedia, Angela Park is a Brazilian-American professional golfer who played on the LPGA Tour. She holds dual citizenship in Brazil and the United States. Childhood and personal life Park was born in Foz do Iguaçu, Paraná, Brazil to South Korean-born parents who had a business in Brazil. At the age of 8, she moved with her father and siblings to Torrance, California and spent the remainder of her childhood there where she attended Torrance High School. She states she has only been to Korea on holiday.

Other Resources About Angela Park