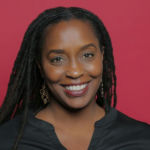 Why Is Angelou Ezeilo Influential?

According to Wikipedia, Angelou Ezeilo is an American social entrepreneur and environmental activist. She is the founder of an international nonprofit, Greening Youth Foundation, that was created to engage underrepresented youth and young adults while connecting them to the outdoors and careers in conservation. She received an Ashoka Fellowship in 2016. She is the author of the book, Engage, Connect, Protect: Empowering Diverse Youth as Environmental Leaders, released in November 2019 by New Society Publishers and co-written by Nick Chiles, her brother.

Other Resources About Angelou Ezeilo

What Schools Are Affiliated With Angelou Ezeilo?

Angelou Ezeilo is affiliated with the following schools: