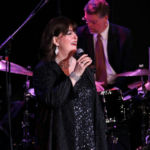 Why Is Ann Hampton Callaway Influential?

According to Wikipedia, Ann Hampton Callaway is an American jazz singer, songwriter, and actress. She wrote and sang the theme song for the TV series The Nanny. Career A native of Chicago, her father, John Callaway, was a journalist and her mother is a singer, pianist, and vocal coach. She learned scat singing from her father and a love of jazz from his record collection, and she learned classical music from her mother. Her sister, Liz Callaway, is a singer and actress on Broadway. Callaway performed in musicals at New Trier High School in Winnetka. After graduation, she studied acting for two years at the University of Illinois at Urbana-Champaign. She moved to New York City in 1979. During the 1980s, she worked as a cabaret singer accompanying herself on piano, performing jazz, traditional pop, and standards from the Great American Songbook.

Other Resources About Ann Hampton Callaway