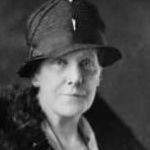 Why Is Anna Jarvis Influential?

According to Wikipedia, Anna Maria Jarvis was the founder of Mother's Day in the United States. Her mother had frequently expressed a desire for the establishment of such a holiday, and after her mother's death, Jarvis led the movement for the commemoration. However, as the years passed, Jarvis grew disenchanted with the growing commercialization of the observation and even attempted to have Mother's Day rescinded. She died in a sanitarium, her medical bills paid by people in the floral and greeting card industries.

Other Resources About Anna Jarvis

What Schools Are Affiliated With Anna Jarvis?

Anna Jarvis is affiliated with the following schools: