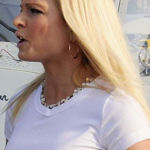 Why Is Anna Kooiman Influential?

According to Wikipedia, Anna Brooks Kooiman is an American news anchor and television panelist, currently working for Australia's Network Ten. From 2011 to 2016, she served as anchor and reporter for Fox News based in New York City. Kooiman's last position with Fox News was as co-host on the weekend edition of Fox & Friends. Since then, she has been with News Corp's Australian division as a substitute anchor and panelist on various news programs for Network Ten.

Other Resources About Anna Kooiman

What Schools Are Affiliated With Anna Kooiman?

Anna Kooiman is affiliated with the following schools: