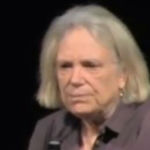 Why Is Anne Bogart Influential?

According to Wikipedia, Anne Bogart is an American theatre and opera director. She is currently one of the Artistic Directors of SITI Company, which she founded with Japanese director Tadashi Suzuki in 1992. She is a Professor at Columbia University where she runs the Graduate Directing Concentration and is the author of four books of essays on theater making: A Director Prepares; And Then, You Act; What's the Story; and The Art of Resonance. She is a co-author, with Tina Landau of The Viewpoints Book, a "practical guide" to Viewpoints training and devising techniques. Conversations with Anne, a collection of interviews she has conducted with various notable artists was published in March 2012.

Other Resources About Anne Bogart

What Schools Are Affiliated With Anne Bogart?

Anne Bogart is affiliated with the following schools: